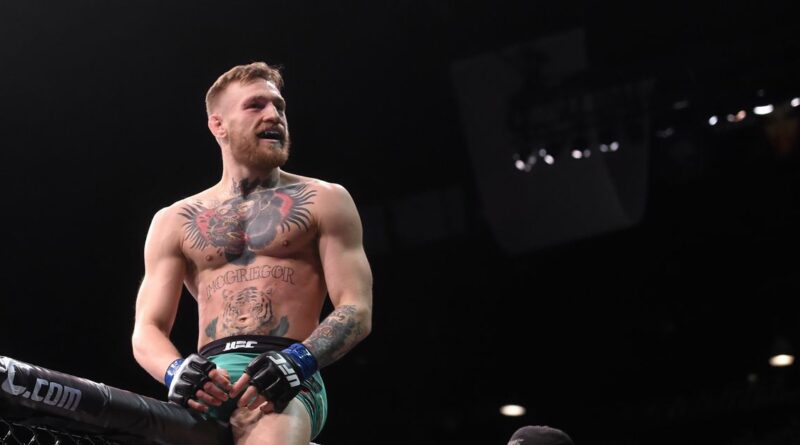 The Notorious Conor McGregor is perhaps the most famous name to come out of the UFC promotion and even the sport of MMA itself.

But the man from Ireland hasn't been seen inside the octagon for some time now, with fans desperate to find out when the star will be making his return.

Notorious by name, notorious by nature, McGregor’s return to the ring is always going to be the subject of huge discussion, analysis and likely a smattering of controversy.

McGregor has been out since breaking his leg to Dustin Poirier last year, and now only time will tell when he is likely to make his comeback, or who it will be against.

Who will Conor McGregor fight next?

It remains to be seen who McGregor's next fight will be, but some very exciting names are being thrown about.

According to talkSPORT, Poirier is one name that could potentially end up being Conor’s next fight, as is Nate Diaz.

Meanwhile White has suggested the winner of the lightweight championship battle between Justin Gaethje and Charles Oliveira could end up being on the cards.

Another name that comes up frequently is Jake Paul.

When is Conor Mcgregor's next fight?

In March 2022, UFC promoter and tastemaker Dana White said it was likely that McGregor will return to the octagon in the Autumn.

Speaking to talkSPORT, he said: “I’m not worried about [finding McGregor an opponent] because, first of all, Conor is not even fighting right now.

“He’s not back until the fall [autumn] – if everything goes right. So a lot of the match-ups will play out this summer and whoever wins or loses, when Conor is cleared by a doctor and ready to go, we’ll figure out who’s next.”

One name that keeps being thrown up is YouTuber turned boxer Jake Paul, and he is someone who is certainly on McGregor’s radar.

Following Katie Taylor's sensational victory over Amanda Serrano on April 30, Jake Paul, who promotes Serrano, was the victim of a swipe from McGregor.

Taking to Twitter, Conor wrote: “Who the f*** is this jackass in the pink Jimmy Savile glasses?”

The two fighters are amongst the most famous, controversial and media-focused personalities out there and the prospect of a matchup would surely send pay-per-view records tumbling.

Swinging back at McGregor, Paul said: “I'm the one who has done more for fighters than you ever have; the one who has won five fights in the past two years while you have lost five.

“The one who isn’t owned by Dana White, the one who made the fight you just watched happen, the one who got your hero Katie Taylor paid, that’s who.”

Until then though, McGregor himself doesn’t sound too phased by all the talk, saying earlier this year: “I was told I could box a couple of months back and then all of sudden, I couldn’t box.

“So I’m just taking it day by day, there’s no rush. I’m in a great place mentally.

“Physically, I feel strong, I feel energetic. I’m always eager to get in and fight, so [I’ll] just take it day by day and it’ll happen.

“It will happen when the Lord wants it to happen.”