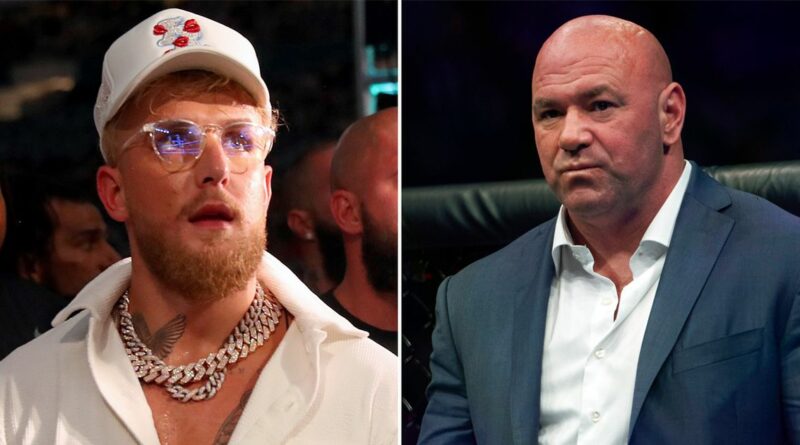 UFC Chief Dana White laughed off recent comments made by Jake Paul after being asked about the feud between the two of them.

The YouTube boxer had threatened the 52-year-old, stating he would “knock him the f*** out” if their paths were to cross.

Speaking at the UFC on ESPN 30 event’s post-fight press conference, White was not concerned by the comments and joked he wasn’t too dissimilar from some of his other opponents.

He said: “It actually makes sense now. I’m 52-years-old. I’m in the age bracket of guys he fights, so yeah, I could see him wanting to fight me. It’s all he fights are 50-year-olds.

“Let me tell you what, get in line. There are plenty of people who would like to assault me. It’s a long f***ing line, buddy. You’re going to be waiting for a while. No, it doesn’t bother me. This is the business we’re in.

“I say it all the time about the fighters, too. We are not in the nice guy business. This is a very mean business. I say many mean things about people too. It’s just part of this game. It’s all good.”

Paul’s comments had come after White had poked fun at his previous boxing opponents, ahead of his next clash against Tyron Woodley on Monday.

He claimed he was trying to ‘discredit’ what he is doing, and that if he ran into him then he would knock him out.

Will Jake Paul come out on top in Monday's fight against Woodley? Let us know in the comments section.

This isn’t the first time White has made comment of this kind, as he has repeatedly criticised the career of the YouTuber.

Paul’s current record in his professional career is 4-0, but Woodley will pose a bigger threat on his pro-boxing debut, with tension heating up when they clashed in Saturday’s weigh in.

McGregor fight box office price: How much is it to watch Conor McGregor vs Cerrone fight?