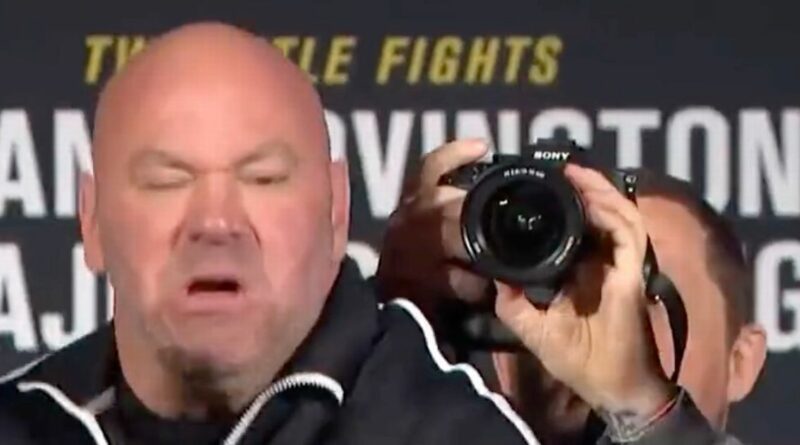 UFC president Dana White was left ‘twitching’ as the face-off between welterweight champion Kamaru Usman and Colby Covington threatened to spiral out of control.

The two men are set to clash for the second time in their career at UFC 268 at Madison Square Garden in New York City. They previously faced off at UFC 245 when Usman defeated Covington via fifth-round TKO in one of the best fights of 2019.

After making weight on Friday morning, Usman – who has a 19-1 MMA record and is undefeated at 14-0 in UFC – and Covington – 16-2 in MMA and 11-2 UFC – came face to face for the last time at the ceremonial weigh-ins before they clash for the welterweight title.

During their face-off before the eagerly-anticipated fight, Usman shoved Covington.

UFC president White did his best to stop a repeat of the scenario, standing between the two fighters – and his face certainly showed his uneasiness with the situation.

Fans on social media thought White’s intervention was amusing, with user @dannydale831 tweeting: “It was at this point, @danawhite was twitching,” along with a laughing emoji and a still of White’s disgruntled expression.

Do you think Kamaru Usman will defeat Colby Covington at UFC 268? Let us know in the comments section.

@MMAwithDave also thought the showdown was amusing, writing: “@danawhite reaction was hilarious! I can’t wait for this fight #ufc268.”

The highly-anticipated fight is going to go down this weekend after Covington, one of the most controversial fighters in MMA today, has been discussing his previous loss to Usman on multiple occasions over the last few years.

The American has come up with plenty of excuses for his defeat, including Usman ‘faking’ low blows and now he appears to be blaming his former coaching staff.

“If you go back and look at the first fight, the instructions that I was getting. They were telling me something that I do every single day,” Covington said.

“They were saying, ‘Colby, breathe.’ Dude, we breathe every single day, why are you telling me to breathe. I mean, everybody in this room knows how to breathe.

“Not everybody knows how to fight and how to instruct fighters with the right instructions.”

The co-headliner at UFC268 features a strawweight rematch between Rose Namajunas and Zhang Weili. Namajunas captured the title from Zhang with a first-round knockout back in April. 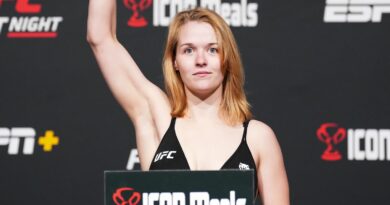 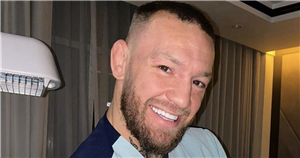