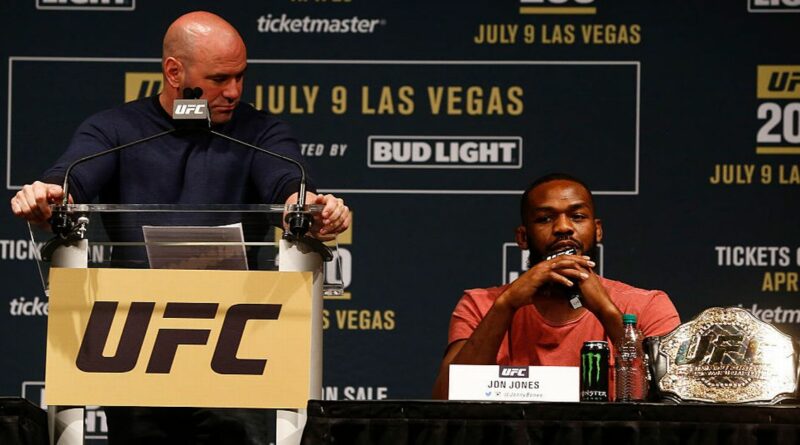 UFC star Jon Jones has been warned by Dana White he could be kicked out of the championship following his arrest last month in Las Vegas.

Jones was arrested and brought into custody in September, and was charged with misdemeanour battery domestic violence and injuring or tampering with a vehicle.

The 34-year-old was in Vegas to be inducted into the UFC Hall of Fame in recognition of his famous fight with Alexander Gustafsson at UFC 165.

What was supposed to be a special moment for the MMA star once again turned sour, and White believes that he now ‘expects’ Jones to find trouble when in Sin City.

The UFC president commented: “This city is not good for Jon Jones, and here we are again.

"It's not even shocking anymore. When we bring him here, it's almost expected.

“We can't even get him to Las Vegas for less than 12 hours and induct him into the Hall of Fame. It's a problem. This guy's got a lot of demons, man, a lot of demons."

If released, Jones will follow in the footsteps of fellow fighter Luis Pena, after he was recently dumped from his UFC contract following his arrest for domestic violence.

The president also discussed why Pena has been released, but Jones is still yet to be, despite the similar charges.

White said: “This [Pena] was a bad case. And we know that he had problems before that we were trying to help him with. This was a pretty nasty one. I don't know if you guys read the police report. But yeah, this one had to happen."

This is not the first time Jones has found himself on the wrong side of the law, as the New York fighter was previously arrested in New Mexico last year and charged with aggravated DWI, negligent use of a firearm, possession of an open container and no proof of insurance.

As his UFC reputation continues to decline following his arrests, the 34-year-old recently vowed to give up alcohol in an emotional post on social media to get his career back on track.

Via Instagram Jones said: “I have way too much trauma to consume alcohol, my brain literally can't handle it anymore.

"I will leave alcohol in my past forever. Now it is time to work harder than ever, turn this nightmare into the best thing to ever happen in my life. What the devil means for bad, god means for good. Get back on my horse." 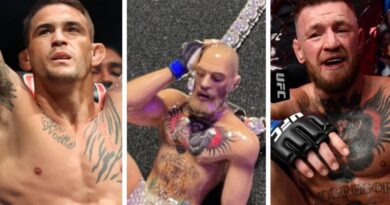