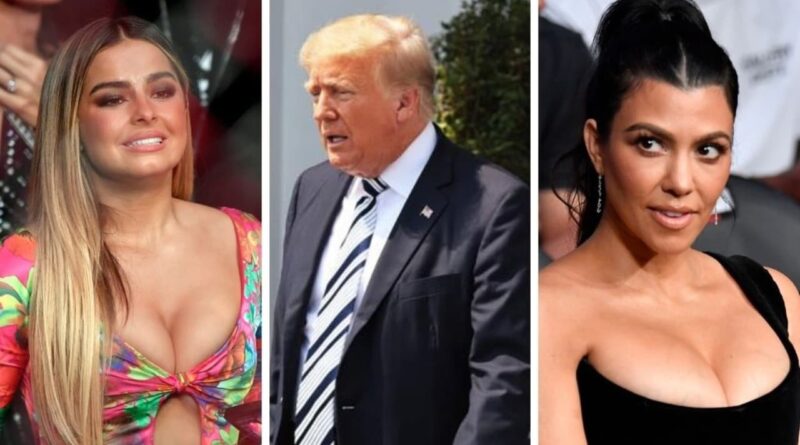 Conor McGregor had lost two of his past three fights before stepping into the Octagon against Dustin Poirier on Sunday but he proved he can still draw a crowd.

Questions have been asked about what the Irishman’s legacy will look like but regardless of his performances, there’s no hotter ticket in town than a Conor McGregor fight.

That much was evident when a stack of celebrities flocked to T-Mobile Arena in Las Vegas to take their seats before the main event at UFC 264.

Former US President Donald Trump — a good friend of UFC boss Dana White — was in attendance, receiving equal amounts boos and cheers as he arrived before the co-main event between Gilbert Burns and Stephen Thompson.

Here is President Trump as he arrives on the floor at #UFC264pic.twitter.com/AG81UaqrnK

American social media star Addison Rae, who rose to fame via her dancing videos on TikTok, has been a guest star on Keeping Up With The Kardashians and scored a gig as a red carpet reporter for the UFC, and was one of many well-known faces in the crowd.

So too was pop sensation Justin Bieber.

Addison Rae was in the house.Source:Getty Images

Brown is in this year. (Photo by Jeff Bottari/Zuffa LLC).Source:Getty Images

Speaking of the Kardashians, Kourtney Kardashian and her boyfriend, American musician Travis Barker, kept a close eye on proceedings.

NFL star Odell Beckham Jr made an appearance and comedian Dave Chappelle was enjoying the show too.

We don’t think Chapelle was cracking any jokes within earshot of the losing fighters. (Photo by Stacy Revere/Getty Images)Source:Getty Images