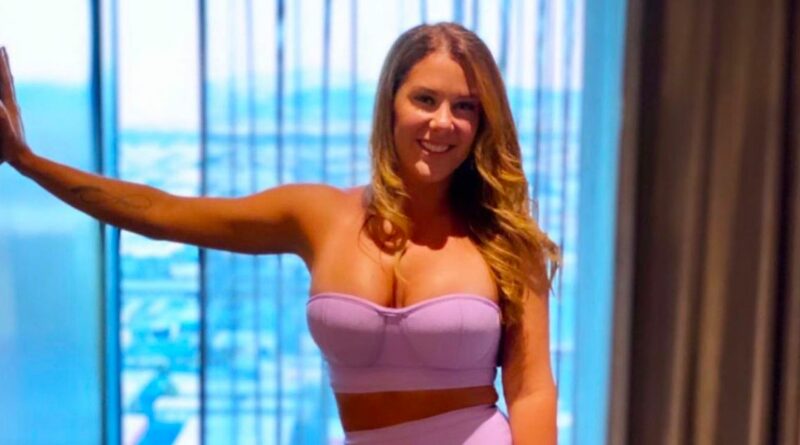 Dustin Poirier and Conor McGregor meet in the Octagon once again this evening for their eagerly anticipated trilogy bout.

But unlike in the build-up to their last clash, the atmosphere between the pair is now sour.

And Poirier's wife, Jolie, has been dragged into the pre-fight verbal sparring this time around.

McGregor has been up to his old tricks this week, accusing Jolie of sliding into his Instagram DM's.

However, as McGregor didn't accept the request, the supposed message from her wasn't actually visible.

Jolie spends her days running the Good Fight Foundation, a charity she founded with her husband.

The charity began by auctioning off Dustin's memorabilia to raise money for Louisiana residents suffering from food insecurity and health care issues.

The charity gained some high-profile publicity in McGregor and Poirier's last fight, with the former promising to donate $500,000 (£359,000).

That promise from McGregor led to Jolie making her way to the fighter's dressing room moments after his defeat in the second bout.

In backstage footage, Jolie walked in and said to McGregor: “I just wanted to say thank you so much.”

McGregor then replied: “Congratulations tonight, he fought a great fight.”

Jolie then noted his kindness by saying: “Thank you for everything. It's going to help change a lot of people's lives.“

However, McGregor ended up reneging on the deal in the aftermath of the defeat.

But McGregor has recently offered an explanation after he donated the money to a separate charity instead.

“He jumped the gun is what he done at the end of the day. And I went with a reputable charity in the area. I had said I was gonna donate," he told BT Sport.

"Like I said, it originally started as like a charity event. It was gonna be a charity event, and the profits off of the event were gonna go to charity. So when the fight actually got announced when we made it under the UFC banner, I kept it up. I said, ‘I’ll still help you out. I’ll still give you the (donation).

“And then, it is what it is. I’m happy where it’s gone. It’s gone to the Boys & Girls Club of Acadiana and not just some random MMA gym for profit, which is essentially what the attempt was.

"So I’m happy the way it’s gone, and it’s got me into that other mode that suits me down to the ground, so I’m happy with it.”

Jolie is set to be ringside this evening once again.

After Poirier's win in January, the 32-year-old was seen celebrating outside the Octagon.

She said during her celebrations in Abu Dhabi: “I told you.

“That’s the last time you’re gonna doubt my husband. I swear to god.”

‘King is back’: McGregor shocks the world