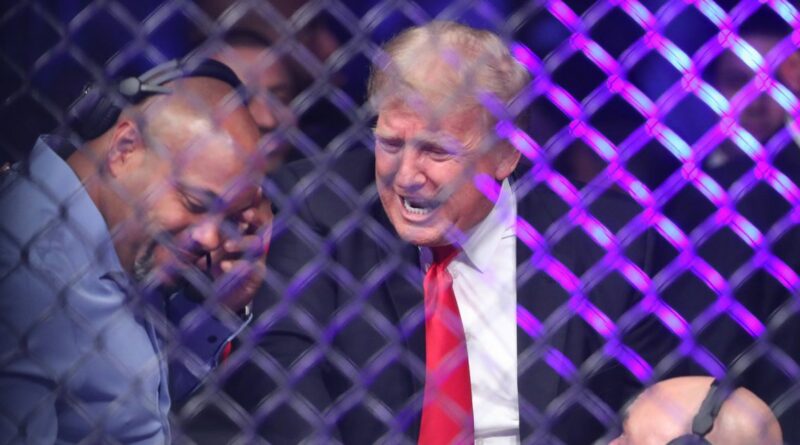 Former US president Donald Trump rocked up at ringside to cheer on Conor McGregor in his career-defining trilogy with Dustin Poirier.

Trump was among the famous faces who were present in Las Vegas, with Justin Bieber, Megan Fox, Mel Gibson and Kourtney Kardashian all also in the arena.

Trump was walked into the arena alongside UFC president Dana White, with a chorus of boos drowning out the few cheers.

He took one of the most prime seats in the whole arena.

Irishman McGregor has previously exclaimed his backing of Trump, despite his opinion-splitting stances, and has previously said he was possibly the greatest American president of all-time. "Quite possibly the USA Goat [greatest of all time]. Most certainly one of them anyway”.

Trump's attendance at the UFC 264 event was expected after company chief Dana White confirmed that they were expecting his arrival as one of the VIP attendees.

White has a 20-year friendship with Trump, who previously used to promote boxing in the 90s with high profile fights taking place at his casinos.

UFC supremo White said in 2020 that he "didn't give a s***" if his friendship with Trump lost the UFC fans.

Is Conor McGregor the greatest UFC fighter of all-time? Let us know in the comments section. "I don't give a s***," White told Business Insider. "If you don't like me because I'm friends with this guy, that's your problem not mine.

"I can't say it enough. This guy is such a good friend and such a loyal, amazing guy, man. He's a great guy. A friend of mine for a long time."

Trump was in attendance hoping to watch McGregor win his third fight with Poirier.

McGregor won the first meeting between the pair some half a decade ago, with Poirier coming out on top when they eventually had a rematch earlier this year.

Despite three wins and as many defeats in his last six mixed martial arts contests, McGregor believes he is a superior fighter than the one who won lightweight gold by beating Eddie Alvarez in November 2016.

The 32-year-old, who has won 22 and lost five of his 27 MMA contests but is the underdog ahead of this weekend, added: "An evolution of that guy, I'm better than that man. I look forward to showing it on Saturday night.

"That night I won the second world title in Madison Square Garden was widely regarded as the single greatest performance in UFC history. This performance on Saturday night, I'm going to top it." 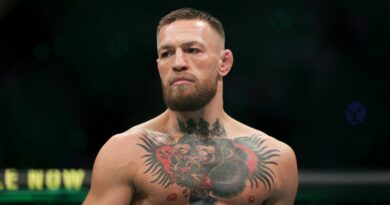