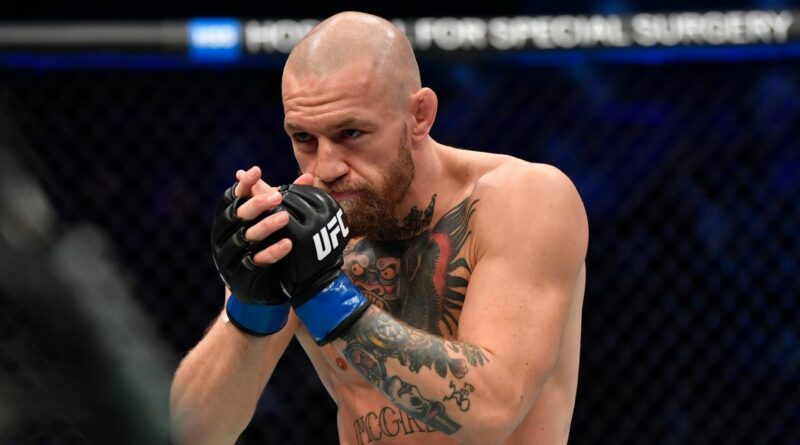 Conor McGregor might have been a professional footballer had things not worked out in UFC.

McGregor has earned untold amounts of money from his MMA career, but in the early days he faced a dilemma over whether to swap the football pitch for the octagon.

Before he became a full-time fighter, McGregor was a regular starter for Slieveamon United and Yellowstone Celtic in the United Churches League and Leinster Football League respectively.

With a reported net worth of over $200million, it’s difficult to argue the Irishman made the correct decision to ditch the amateur football, but just how good was the self-professed ‘goal machine’?

To the surprise of no-one, McGregor clearly fancied himself oh the football pitch. And remarkably, the 32-year-old’s claims have been backed up by his former manager.

“He played for me with a club called Slievenamon United when we played in the UCFL, “ former manager Robbie Beakhurst told the Junior Soccer Portal.

“He was a striker and was our top scorer every year. I took over Yellowstone Celtic and took him with me and again he was scoring for fun on a weekly basis.

“He used to just say to the rest of team ‘just give me the ball and I’ll do the rest’ – he was a smashing player but we had a decent team.

“As he got more involved in the MMA he couldn’t make matches and we allowed him to skip training.”

David Glennon also coached McGregor in those early days, and he told the Herald that despite The Notorious’ footballing ability, he only ever had eyes on one sport.

“He was always a bit more interested in MMA, but he would have certainly been one of the fittest on the team,” Glennon began.

“I think he played for a year, maybe two, just before we broke up the Saturday side.

“The first year he was generally down with us all year, but in the second, you’d be lucky to get him in once a week, because he got more into the MMA.

“We told the players the situation, but that we still wanted to play him, and they all took it well, because I think they knew Conor was one of the better players on the team.”

Things have worked out pretty well for McGregor since he made the decision to ditch playing football.

The Dubliner has enjoyed a long and successful MMA career and even made the switch to boxing 2017, taking on Floyd Mayweather in a bout that remains one of the most high-profile events in sporting history.

Although his boxing plans are currently on hold, McGregor will return to the octagon on July 10th to take on old foe Dustin Poirier for a third time.