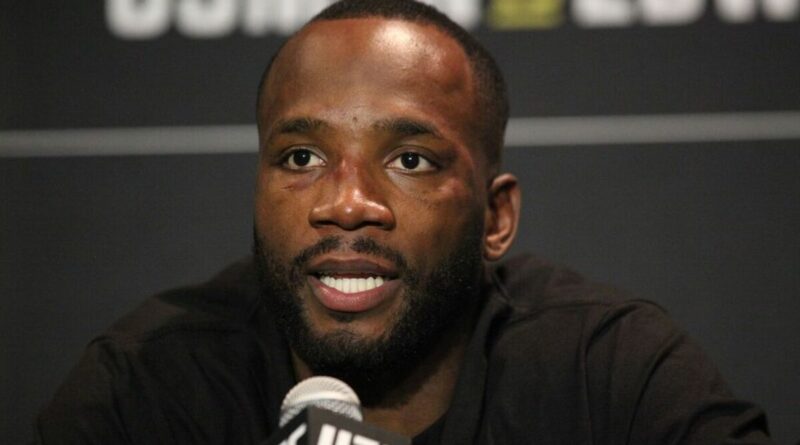 Leon Edwards is hoping to fulfil his dream of fighting in a UK stadium next year as he makes the first defence of his UFC welterweight title. Edwards captured the belt from long-reigning champion Kamaru Usman three months ago in a breath-taking comeback capped off by a vicious head-kick knockout.

With 56 seconds remaining in the fight and down on the scorecards, Edwards produced his own Rocky moment as he mustered one final onslaught on The Nigerian Nightmare. Feinting a lead right hand and coming over the top with a left roundhouse kick, Edwards snatched victory from the jaws of defeat at a packed-out Vivint Arena in Salt Lake City, United States.

Now, with the UFC aiming to run the fight back in early 2023, Edwards will be looking to do it all over again – but this time in front of a home crowd.

“We’re looking at March or April in 2023 for the trilogy [Usman beat Edwards in 2015],” he told Express Sport. “I would like it to be at Villa Park, that would be my choice but as far as the UFC it would be a big risk to go this time of year in the UK, but we need something bigger than the O2.

“Now, we’ve got the world champion at home, now is the time to do it. I know they’ve been talking about it for years – wanting to make a big stadium show in Europe and this is the time. I’d be happy with Cardiff, that’s 60,000 people, that would be grand for the UFC, and it has a roof.

“I went to have a meeting with Dana [White] on Monday after my fight and he was so excited to have a stadium show in the UK. So, I’m hoping that he keeps that excitement and actually makes it happen. I saw him in Abu Dhabi a couple of weeks ago and he was still saying he wants to do a stadium show so hopefully, we can get it done next year.”

Providing everything goes well in the third fight against Usman, there will be plenty of options for Edwards going forward. Fast-rising undefeated contender Khamzat Chimaev is primed and ready for a shot at 170lb gold while the always-dangerous Colby Covington continues his climb back into the world title picture.

However, it is Edwards’ old foe Jorge Masvidal that is making the most noise. Gamebred recently called out the Brit in a scathing interview in which he accused Edwards of getting ‘cold feet’.

The pair were set to face each other at UFC 269 last year after their infamous backstage brawl but since then their careers have taken very different paths.

“If he gets on his knees and begs me, he can have it,” Edwards laughed. “But I think at the moment our careers are in different places. He’s on a three-fight losing streak so it would be difficult now to make it make sense but it’s just funny how the tables have turned.”