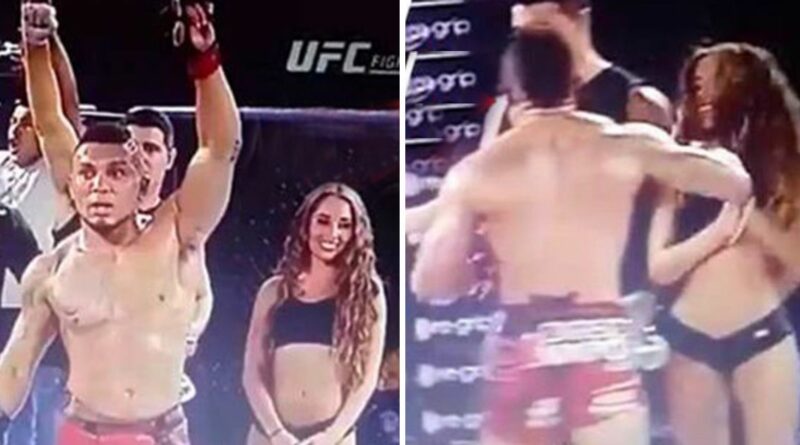 In footage that has resurfaced, MMA fighter Andrew Whitney was left regretting lashing out in frustration following his loss to Farkhad Sharipov at Titan Fighting Championship 42 in Florida back in 2016.

Whitney, now 37, inadvertently struck a ring girl in the face after it was announced that Sharipov had been declared the winner by unanimous decision. The pair's bantamweight clash had gone the full five round distance, with the American appearing certain he'd done enough afterwards to win the vacant title as he raised his arm aloft.

However, when the verdict came in, Whitney reacted by violently swinging that same arm. In doing so, he caught the female with a sickening blow, and despite immediately clutching her face she did well to remain on her feet.

Whilst his actions were undoubtedly reckless, they didn't appear deliberate as he responded by rushing to try and hold up the ring girl once he realised his blow had landed. Following the controversy, it was confirmed that action would be taken against the fighter.

Jeff Aronson, CEO of the Titan Fighting Championship, said: "In the immediate aftermath of losing a very close title fight at Titan FC 42, Andrew Whitney threw a punch out of frustration which unintentionally hit one of our ring card girls.

"Our ring card girl was attended to by the ringside doctor and officials. She indicated she was fine and was more surprised by the punch than injured."

What's the worst thing you've ever witnessed in MMA? Let us know in the comments section.

"Titan FC is broadcast around the world and we expect our athletes to conduct themselves in a professional manner at all times. We have spoken with Andrew Whitney and his management and are taking appropriate actions to make sure this unforeseen incident is not repeated.”

Despite the Missouri man's apparent shock at losing, the judges scored the bout 49-46, 48-47, 48-47 in favour of his rival Sharipov, who was fighting in his home state. Following the result, Whitney went on to lose five of his next seven bouts to notch a 16-10 professional MMA record.

His last fight came in September 2021 at Combate Global where he was stopped after just 69 seconds by Martin Bravo. It was 17th different promotion he had fought on since debuting with JCP back in 2010. 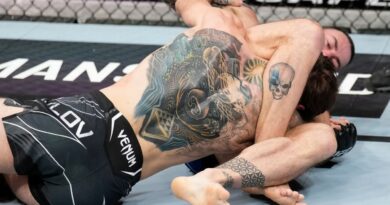