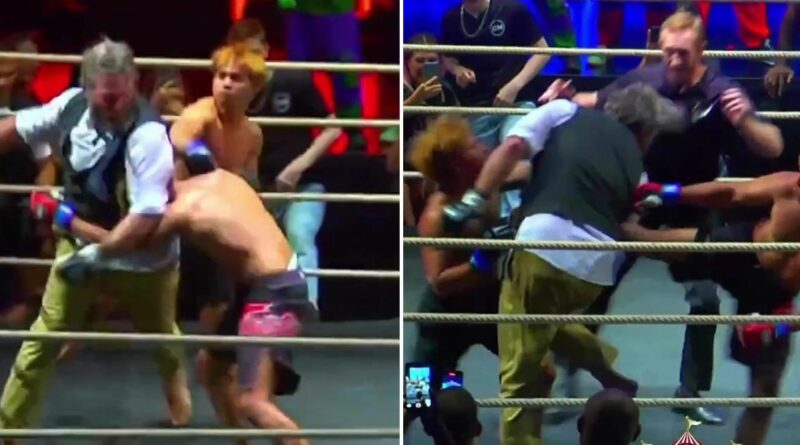 Fight Circus 4 took place in Thailand in November, featuring eccentric bouts such as Indian leg wrestling, a contest between a fighter with no legs against another with no arms, alongside clashes in a fake living room.

But not content with orchestrating the bizarre series, Fight Circus' CEO Jon Nutt decided to get involved in the action. Nutt, suited and booted, hopped in the ring where two opponents, Bank and No Money awaited.

ALSO READ: One-armed MMA fighter beats two opponents in one fight – and knocks one out brutally

An amped-up Nutt surprisingly held his own against the tag-team duo for a while, trading a flurry of wild blows with the pair. At one point, Nutt even had the upper hand and gave one of the duo a ferocious kick to the ribs while they were on the ground.

The boxing promoter's outfit consisting of a shirt, waistcoat, tie and trousers, seemed to have no impact on his performance as he frantically threw punches and kicks in the fight.

But the tag team, who donned shorts and gloves, soon got the better of Nutt and floored him with a double swoop on his legs. However, Nutt still had some energy left in his tank and got off the canvas to carry on fighting.

What's the weirdest moment you've witnessed in combat sports? Let us know in the comments section below

The high-octane clash continued into the second round before a crushing round kick to Nutt's ribs sent him crashing to the floor. And this time the CEO stayed down, resulting in the smirking referee putting an end to the fight.

But Nutt was gracious in defeat and raised the arms of his opponents in victory as he struggled to find his breath. The enthralling clash appeased spectators, but they were almost robbed of the spectacle when the truck delivering the ring to the venue crashed, causing a delay that lasted several hours. 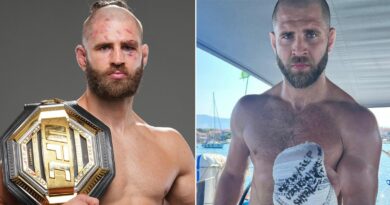