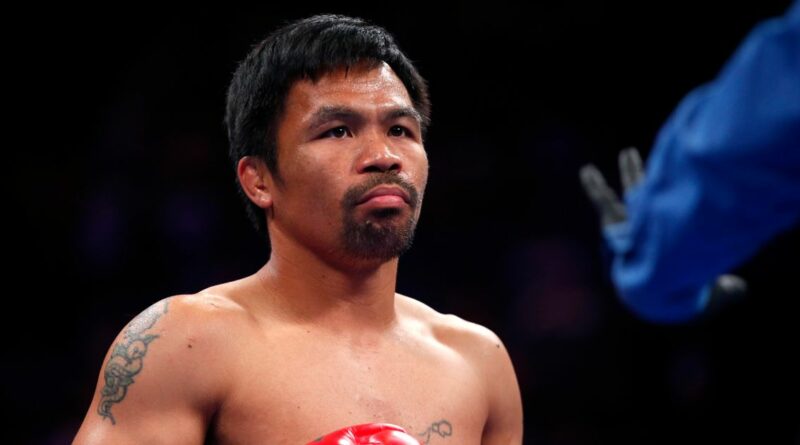 Boxing legend Manny Pacquiao has responded to Conor McGregor ’s defeat at UFC 257 amid intense speculation of a boxing bout between the pair.

McGregor made his return to the Octagon after a year out of the sport, but was defeated by technical knock out within two rounds by Dustin Poirier.

Before the bout with Poirier was confirmed, it appeared that McGregor was in line to take on Pacquiao in the ring.

The Irishman even revealed that the match was ‘almost a certainty’ as a contract was in the process of being finalised.

McGregor will be looking to move on quickly after his stunning defeat, as Poirier avenged his defeat in the first bout between the pair in 2014.

32-year-old McGregor lost his first boxing match to Floyd Mayweather in 2017, but is now being heavily linked with a bout against Filipino star Pacquaio.

And though he insisted that UFC is his main focus, McGregor confirmed that he expects a fight to take place before the end of the year.

“It's almost a certainty. I'm hearing there's contracts and all coming, you know what I mean? It's that close,” McGregor told Sportsnet.

“I haven't spoke, but it should happen in 2021. I want to get my MMA game going as well. I’m fighting Poirier who is a southpaw, Manny is a southpaw.

“I've had shorter 5ft 5in rockets coming at me, so I'm ready for whatever.”

And Pacquiao took to Twitter to show his delight at Poirier’s underdog win.

“Beautiful thing about the fight game, anything can happen! Congrats to @DustinPoirier Huge win!” he tweeted.

Increasing the chances of the proposed bout becoming a reality is the fact that McGregor and Pacquiao are both managed by Paradigm Sports, headed up by Audie Attar, who has confirmed his clients will fight next year.