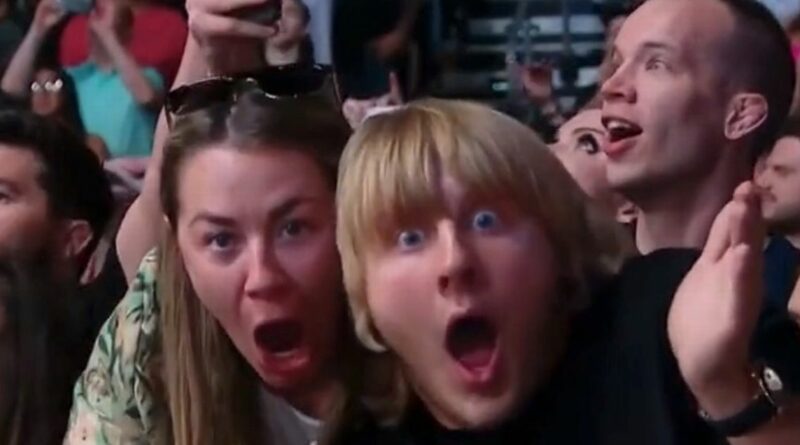 Paddy Pimblett and Molly McCann couldn't believe what they had just witnessed after Michael Chandler KO'd Tony Ferguson at UFC 274.

The two British stars were ringside for the incredible moment that UFC president Dana White described as the most vicious knockout he'd ever seen. Chandler knocked Ferguson out cold with a brutal front-kick in the second round of their lightweight showdown that had Conor McGregor comparing the loser's face to a chicken nugget.

Still images of the exact moment Chandler's foot connected with Ferguson's face show the 38-year-old's features contorted to such an extent that he is barely recognisable. Sat ringside, McCann and Pimblett struggled to take in what they had just seen as cameras panned towards them.

The pair stared open-mouthed at the camera before McCann mouthed 'what?' at the astonishing knockout as Pimblett clutched his chubby cheeks. And they weren't the only ones left speechless by ferocity of Chandler's kick.

UFC president White, added: "He [Ferguson] looked damn good in that first round. But that was a vicious knockout. I think what needs to happen now is Tony needs to take some time off after that knockout. I don't know what's next for him.

"But it's not like, 'Oh my God, Tony got dominated and looks like he doesn't belong here.' Tony looked damn good right up until he got caught. And you know in this game that anybody can get caught with anything."

Ferguson was taken to hospital moments after his brutal loss but was subsequently released after undergoing medical checks, which came back negative.

Meanwhile, Chandler called out UFC legend McGregor in his post-fight interview, saying: "I have one dude on my mind, Conor McGregor! You've gotta come down to fight somebody.

Have you ever seen a more brutal KO? Let us know your thoughts in the comments section below.

It didn't take long for the Notorious to respond to Chandler's taunts, tweeting: "I'd have a nice knock off this guy, no doubt about it. A firework spectacle. I like the 170 shout also. Tipped him over."

"I'm definitely game to fight this guy at some stage in my career. I see it happening after tonight." UFC fans will now be hoping the sport's bosses can hammer out a deal for a blockbuster bout later this year. 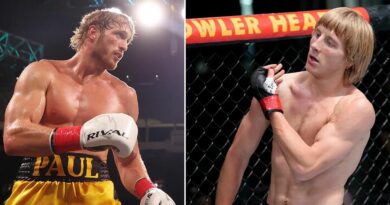