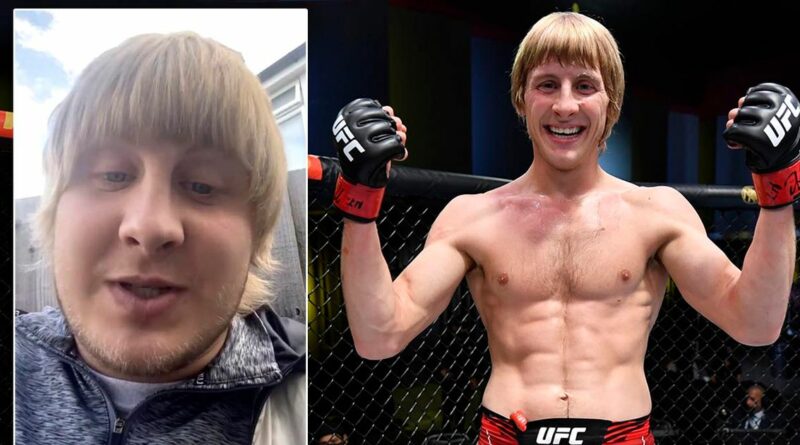 Paddy Pimblett has responded in comedic fashion to taunts directed at his increase in weight since his debut UFC win.

Paddy the Baddy announced himself to the world at UFC Fight Night 191 earlier this month with a stunning first-round TKO win over Luigi Vendramini.

The Liverpudlian fighter began his career at featherweight, where he was a champion in Cage Warriors, but now fights at lightweight after making the switch in 2018.

However, when he's out of competition the MMA star can rise up a massive five weight divisions – all because of his love of cheat meals – and has done just that in recent weeks.

This has prompted fans to aim digs at the 26-year-old, but instead of taking offence, he's laughed them off on Twitter.

One shared an image of Family Guy character Chris Griffin next to a recent picture of Pimblett.

He retweeted the post with the caption "It me" and a shrugging shoulders emoji and a laughing emoji.

A few days ago Pimblett uploaded a snap of himself fight ready with the comment: "Back on a diet realllll soon to get back in this sort of shape."

What can Paddy Pimblett achieve in the UFC? Let us know in the comments section.

But the commitment to that promise is looking a little shaky as his Instagram story shows he had a feast of a Chinese meal on Monday night.

The image of the grub was accompanied by the claim: "Proper hangover food."

In another response to comments about his weight Pimblett posted an image which read: "When you become lazy it's disrespectful to those who believe in you."

About the quote, he said: "I might be fat but I'll never get lazy because of this. Everyone of yous who believe in me drive me on everyday 2022 is going to be a big year for the baddy!"

The 17-3 pro fighter has previously spoke about his strong relationship with cheat meals and struggled when asked about his favourites.

"There's too many to name. Literally too many to name them. Salt and pepper chicken, obviously I love Chinese food, love Italian food, I love steak, burgers, I'm terrible," he said.

"I'm bad for desserts. I can eat like four desserts in a row and not feel full. 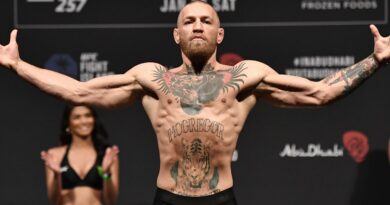 UFC 257: Conor McGregor vs Dustin Poirier start time in Australia, how to watch