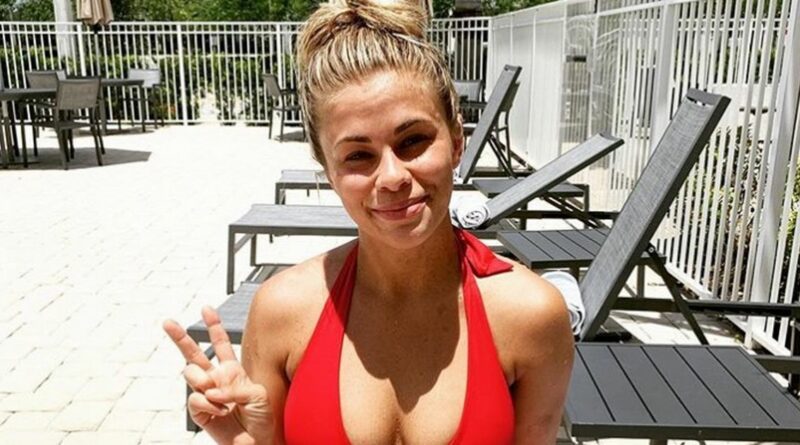 Paige VanZant will look to repeat her UFC victory over Rachael Ostovich when the pair meet in the Bare Knuckle Fighting Championship in July.

VanZant beat Ostovich in January 2019 and will now meet her again in the bare-knuckle ring on July 23.

And with both fighters regularly posting sizzling snaps on Instagram, VanZant wasn't messing about in trying to sell the clash.

Alongside a picture of the official fight poster, VanZant wrote: "Come for the boobies, stay for the violence."

VanZant left the UFC last year having previously suggested she can make more money through her social media accounts.

She said: "I make way more money sitting at home, posting pictures on Instagram, than I do fighting.

"When I did my contract negotiation the last time, the talk was, 'I can’t pay you more than a female champion.’

"Okay, but why are comparing me to just women? All of us should be getting paid more in general.

“I want a significant pay raise, to be completely honest.

"Five wins in the UFC, four finishes, I’ve been main event twice, and I think someone with those accolades should be paid more.” It didn't work with VanZant losing to Amanda Ribas in January.

Ostovich's final fight in the UFC came last November when she was finished by third-round TKO by Gina Mazany.

She hasn't actually tasted success in combat sports since 2017, losing her last three bouts, including to VanZant.

Upon signing her BKFC contract, she said: “I am so excited to fight in the fastest growing sport in the world. I'm looking forward to my debut in July.

"I have seen and heard great things about BKFC, and am very happy to be a part of the team. Can't wait to announce the opponent!"

While BKFC chief Dave Feldman added: "We always are looking to sign fighters that can move the needle and fight, and that is exactly what Rachael brings to the table.

"I am looking forward to her debut in July.

"I know she is training hard and working on her boxing every day and we expect very big things from Rachael.”