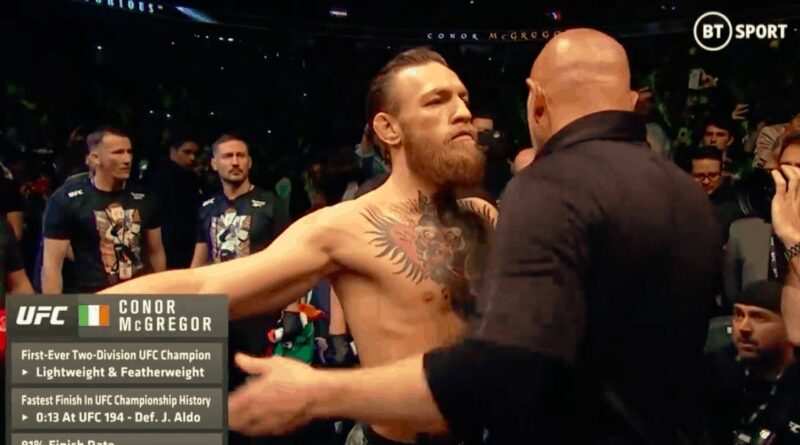 Anyone who has watched UFC will be familiar with the pre-fight ritual whereby the referee pats down both fighters.

But the referees aren't looking for what you might think when they complete their customary checks.

Male UFC fighters tend to wear only a pair of tight-fitting shorts.

While female competitors don the same type of shorts with sports bra, both of which contain only minimal material.

With that in mind, and with so much skin on show, it might seem odd that referees need to pat down participants – what could they possible be hiding?

But they actually do it to ensure the safety of both opponents and to guarantee that there is good clean fight.

UFC fighters get frisked to ensure that they do not have any illegal weapons or foreign objects on their persons.

Given the nature of their clothing, it's obviously extremely unlikely that any fighter would attempt to conceal something.

However, something more practical that might be discovered could be a slippery substance such as oil, grease, vaseline.

Using slippery substances to gain an advantage is known as 'greasing' – and it's not hard to work out why fighters might try and do it.

Hypothetically, greasing gives an advantage when trying to escape a submissions.

Are there any other rules or regulations you don't understand in UFC? Let us know in the comments section.

Someone that has a slippery substance on them can more easily escape from a tight position as there is less friction on the body.

Accusations of greasing are few and far between, but they're not unheard of.

"She cheated in the fight; she greased before the fight," Esparza said.

"I was considering saying something to the referee in between [rounds].

"Even when I was trying to grab armbars during the fight my arms kept slipping down.

"She’s a cheater, but it doesn’t really surprise me. In my opinion, she’s been a pretty dirty fighter throughout, so it is what it is."

Gadelha subsequently denied the accusations, saying they "made no sense."

Referees will also check the fighter's nails for length and ensure they have their mouthguard in place. 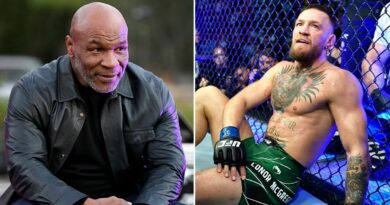