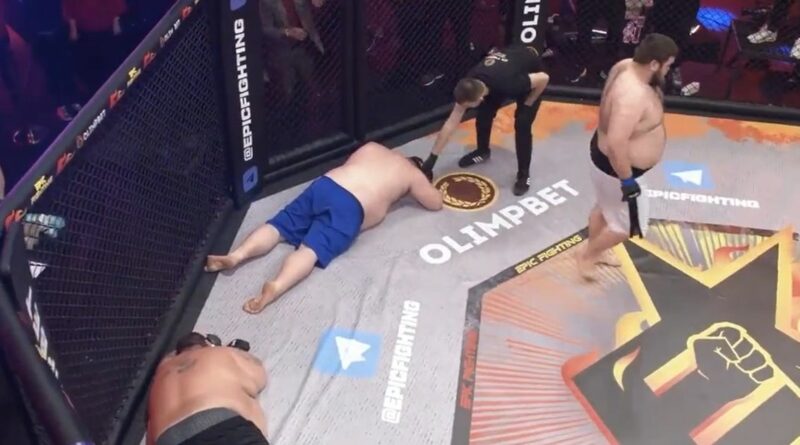 Two super-heavyweight fighters have been left sprawled out on the cage floor after a 'chunky blokes' two-on-one fight lasted just 20 seconds.

The fighters had a combined weight of 821lb, with Elbaev's opponents having a weight advantage of 500lbs over him. The 'T-34' tipped the scales at 320lbs and he began the bout in the centre of the cage deciding his strategy for the fight.

He then moved quickly, first landing a cheap shot on Polnoe_TV before charging towards his team-mate. He landed several hammering blows on Belyaev before pressing him into the cage.

Belyaev attempted to hide his head desperately while Polnoe_TV attempted to wrestle the 'T-34' off him. But Belyaev was dropped to the floor by a short left-hand as he made a comical attempt to escape to the fence.

With Belyaev out of the fight, the 'T-34' made short work of his team-mate, taking Polnoe_TV to the ground and firing several ground-and-pound shots at his head. Both of Elbaev's opponents were left on the floor, with the referee stepping in to stop the bout.

What bizarre match-up would you like to see featured at the Epic Fighting Championship next? Let us know in the comments section…

In total, it lasted just 25 seconds, with the T-34 making short work of his much heavier opponents. Both of the super-heavyweights rose up to hear the official announcement of the fight, which was hardly needed.

Elbaev had a record of eight wins and four losses heading into the bout and bulked up for the special match-up. This fight was just the latest in a long line of bizarre two-on-one bouts that Epic Fighting Championships have organised over recent months. 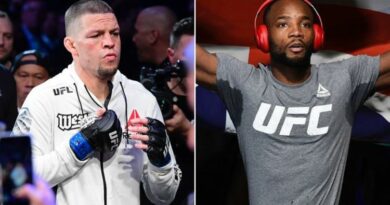 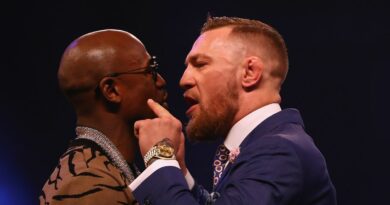 McGregor a “marketable motherf*****” but must win to earn Mayweather rematch