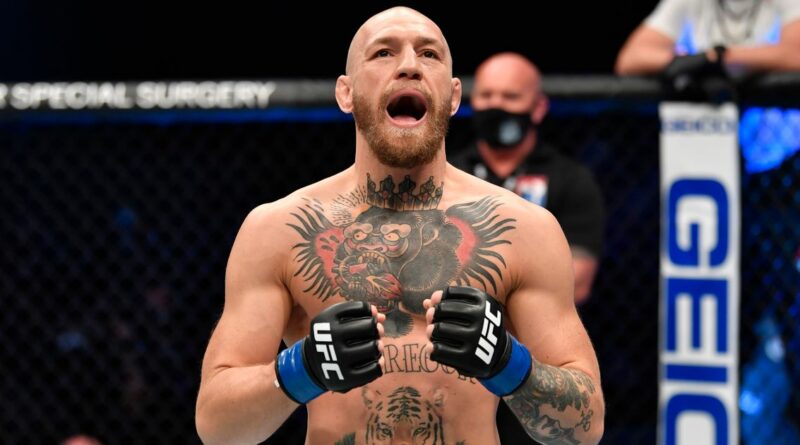 McGregor will meet long-time rival Poirier at UFC 264, just six months after he was defeated by the Diamond via second-round knockout at UFC 257.

Poirier’s victory levelled the score between the two men at one apiece. McGregor defeated Poirier back in 2014, knocking the American out in the first round.

In a recent interview with the UFC, Fury gave his prediction for the fight, with the WBC champion claiming that this time, McGregor will simply have too much for Poirier.

“My prediction for the McGregor-Poirier fight is that I think McGregor will win this time,” the Gypsy King stated.

“I think he’s trained hard, and he’s got it all to prove. It will be a great event and one to watch. Tune in.”

A winner of the upcoming rubber match is almost guaranteed a title shot in the UFC’s lightweight division.

Brazil’s Charles Oliveira is the current champion, following his victory over Michael Chandler at UFC 262, and while Oliveira is an excellent fighter, both McGregor and Poirier would likely be the betting favourite against the Brazilian.

Do you think Conor McGregor will defeat Dustin Poirier in their upcoming trilogy bout? Let us know in the comments section below.

Interestingly, in a recent interview, Poirier revealed that he turned down the opportunity to fight for the belt in favour of a lucrative trilogy contest with McGregor.

In an interview with ESPN, Poirier justified his decision, explaining that it was simply a case of delaying the inevitable.

"If I am the best in the world, then I'm gonna beat Conor and fight for the belt. It's like doubling down on yourself.

“I’m a gambling man. I believe in my skills and fighting. So I just doubled down. That’s what it was.

UFC 264 takes place on July 10 at the T-Mobile Arena in Nevada and is shaping up to be a brilliant night of fights.

Alongside McGregor vs. Poirier III, a welterweight clash between Gilbert Burns and Stephen Wonderboy Thompson is slated to feature in the co-main event slot.