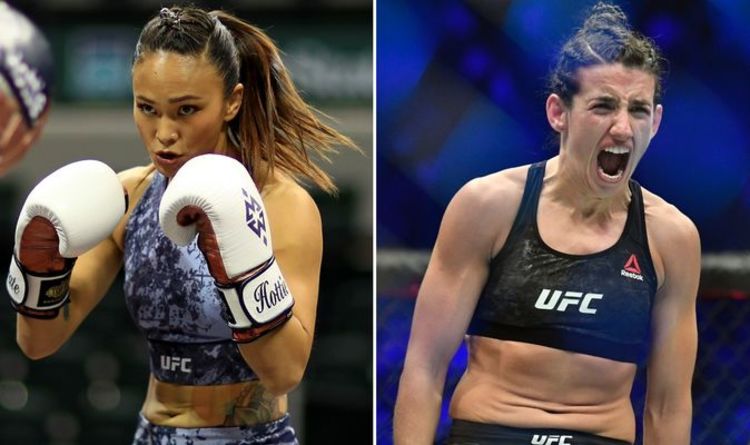 After a turbulent week ahead of UFC Fight Night in Las Vegas this coming weekend, the UFC finally has a confirmed main event, with UFC women’s strawweight contenders Michelle Waterson and Marina Rodriguez set to face off in a five-round flyweight bout at the UFC Apex.

The original plan was for the event to be headlined by a bantamweight title eliminator between Cory Sandhagen and returning former champion T.J. Dillashaw. But after Dillashaw sustained a nasty cut over his eye during training, the bout was subsequently scrapped from the card.

That news, along with the removal from the card of veteran Diego Sanchez over medical concerns, left the fight card for Saturday night’s event in disarray.

But the UFC has moved swiftly to plug the gaps, with Alex Morono stepping in to replace Sanchez against perennial UFC fan-favourite Donald “Cowboy” Cerrone, while strawweight contenders Waterson and Rodriguez will face off in a 125-pound bout that could propel the winner one step closer to a shot at a title shot, potentially in one of two divisions.

Waterson and Rodriguez both typically compete at 115 pounds, but if either fighter were to deliver an outstanding performance at 125, that could potentially open up an opportunity to be catapulted straight into a title fight with reigning women’s flyweight champion Valentina Shevchenko. 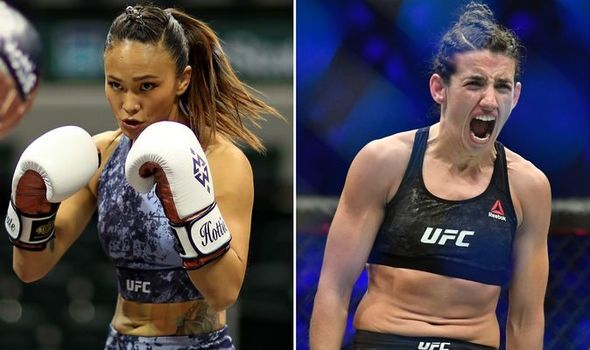 Shevchenko continued her dominance of the 125-pound division with a second-round TKO of former strawweight champion Jessica Andrade at UFC 261 in April, and has all but cleaned out the women’s flyweight division.

It means the UFC is fast running out of contenders to face the Kyrgyzstani champion, and could see Saturday night’s main event as a potential way to unearth a new contender.

Waterson, known to her legion of fans as “The Karate Hottie,” bounced back from losses to former strawweight champions Joanna Jedrzejczyk and Carla Esparza with a hard-fought split-decision victory over Angela Hill last September.

Now the Albuquerque native is looking to build momentum as she looks to push her way toward a title shot.

But standing in her way is Rodriguez, who has lost just once in 16 career fights.

The Brazilian lost out to Esparza via split decision in her lone career defeat back in July 2020, but rebounded with a second-round TKO of rising star Amanda Ribas at UFC 257 in January.

With the strawweight and flyweight divisions looking wide open for contenders in 2021, victory for either fighter could see them booked in a huge fight in the second half of the year.