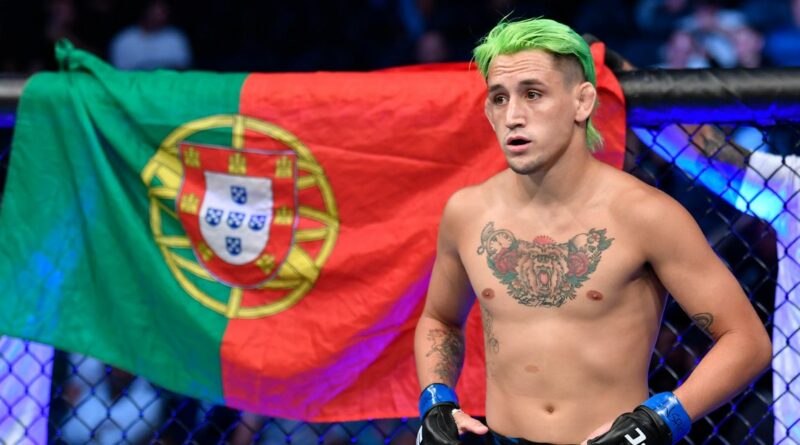 A UFC fighter was left with a mangled face after taking over 200 strikes to the face.

Commentators said that Kris Moutinho's face "looks like roadkill" after taking one of the biggest beatings in recent UFC memory.

Sean O'Malley won the fight, but it took until the final 30 seconds of the third round before experienced referee Herb Dean stepped in to stop the action.

Moutinho, who hails from Portugal and showcased bright green hair for his big appearance, showed incredible durability to remain in the fight so long.

O'Malley's onslaught was relentless and by the latter stages of the third round, Moutinho's face was showing significant damage.

But Moutinho was not fazed – and he continued to push forward and put pressure on his opponent until the referee had seen enough.

Did you think that it was a good stoppage of the fight? Let us know in the comments section.

"Not many guys in the UFC would take that fight. Kris is a bad motherf*****!"

Asked if he was surprised by the stoppage of the fight, O'Malley said: "I was and I wasn't. He took a lot of head damage.

"He might not think that was a good stoppage but it might have just saved him a couple of years on his life because I was about to put him out for good."