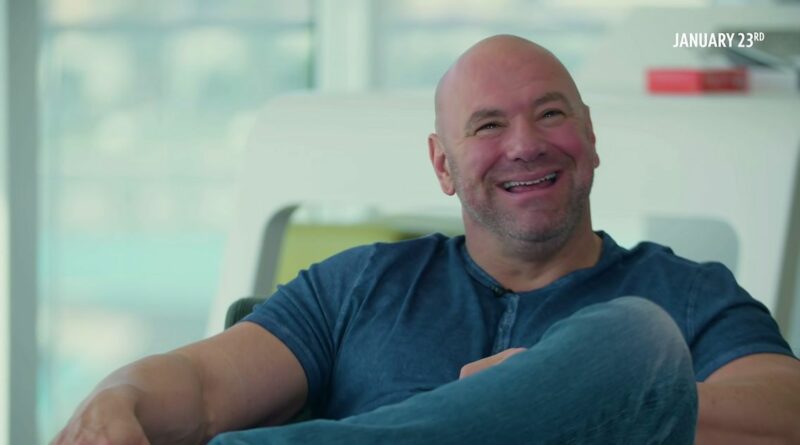 The UFC chief this week lashed out at those who have been illegally sharing events online in the past, vowing to prosecute anyone caught streaming UFC 257 online.

And Lewis, who is known for his hilarious post-fight interviews in the Octagon, has taken to social media to mock White over his threats.

Taking a selfie video on Instagram, the 35-year-old stares at the camera and says: "Hey, Me and Dana White wanna know…"

Lewis then pauses, zooms in on his own face and bluntly adds: "Who's streaming tonight?"

"Derrick Lewis is the funniest guy in the UFC," one added.

"LOOOOL Imagine if Dana sends feds and they turn up to see that it’s Derrick Lewis," another said.

Speaking this week, White laid out his plans to stop the streamers in their tracks.

”So, we've been working on piracy since day one. It was one of the things that we focused on,” he told BT Sport this week.

“You know, it's an important thing to stop in this business. We've spent tons of money on all this stuff. We've just got some real important legislation done with piracy this year.

“These people are criminals, and the internet makes it look like these guys are good guys – these guys are bad guys. When I came out and said this, all these guys started taunting me.

“We're watching his house. We're listening to his phone conversations.

”And when he puts up this, if he puts it up on Saturday, we got him. And we will arrest him. And I will prosecute him. I will not be nice. I will not give him any leniency whatsoever.”

Before adding: "A lot of these guys will put up these links and say, 'hey, check out. We'll give it to you for free,' and all this stuff, and they steal your information.

”[This] is worldwide. This guy isn't in America. These guys think [that] they're so smart. They think they're untouchable. They think it's impossible. When you have a company as big… they can catch you.

“You can be caught. The guy just has to be as sick as me and want to get you, okay? And we got you, buddy. This guy puts this link up on Saturday night… he's mine."