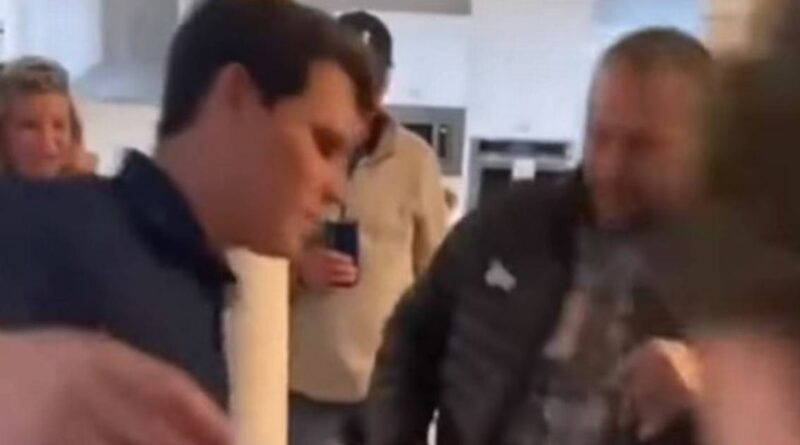 UFC icon Dan Henderson proved he still has what it takes to distribute pain despite having been away from the MMA world for nearly five years now.

Unfortunately for his daughter’s boyfriend, he found out first-hand what it feels like to be on the receiving end of one of Henderson’s leg kicks.

Henderson was perhaps living out most fathers’ dreams by giving his potential future son-in-law a crippling leg kick.

However, it should be noted that Dylan Peed, Henderson’s daughter’s other half, had asked for it.

During a New Year’s Eve party, Peed asked his girlfriend Sierra’s famous father to give him a swift kick in the shin.

Henderson, only too happy to oblige, agreed and lined up to take a swipe at Peed’s leg.

Peed, who could be forgiven for wincing after his knee was clipped by the former UFC title challenger’s foot, somehow managed to stay on his feet and hobble away – while being assisted by some friends.

It was also noted that he didn’t bend his leg and lift his foot off the ground to allow his leg to follow through with the momentum and soften the blow slightly.

Seconds before Henderson’s kick, Peed could be heard saying: “This is gonna f*****g suck,” after realising the pain he was in for.

The force of Henderson’s kick was clear for all to see, as Peed’s leg appeared to buckle under him after his knee popped to one side.

Henderson hasn’t fought since he took on Michael Bisping for the UFC middleweight crown back in 2016 at the Manchester Arena, having confirmed his retirement after losing.

He became the first fighter to win a title in two PRIDE weight divisions, having already won the welterweight strap before challenging for the middleweight title.

Now, he is enjoying retirement, but clearly still has enough about him to distribute a brutal blow if required.