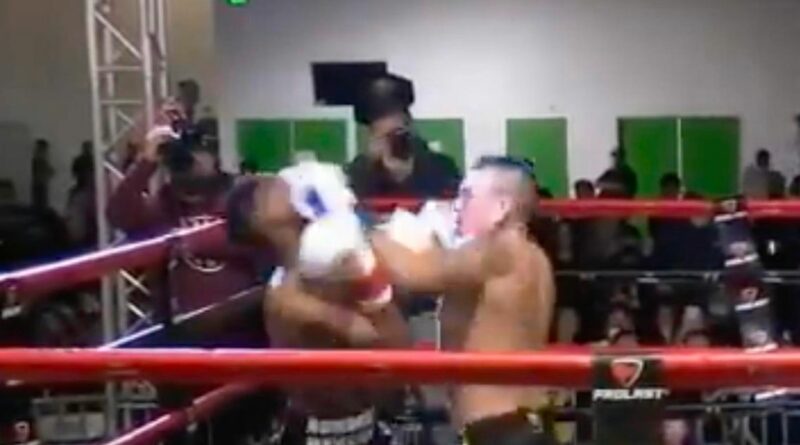 UFC legend Anderson Silva’s son was knocked out in a shock kickboxing match as he tried to emulate his dad.

Silva is considered one of the greatest MMA fighters ever, having recorded the longest title reign when he held the middleweight belt between 2006 and 2013.

The Brazilian martial artist’s impeccable timing and striking ability influenced a generation of stars, including current middleweight champion Israel Adesanya and his own son, Gabriel.

But Gabriel was taught a tough lesson in his sixth kickboxing fight as he was knocked out by Vincent Familari with 17 seconds left in the first round for the IKF middleweight title.

The legend’s son was caught by surprise by a spinning back-fist to the chin, after which he appeared dazed.

His competitor sensed blood and pursued the youngster around the ring before unloading a barrage of punches.

The pressure eventually paid off as Gabriel was caught by a huge right and collapsed to the canvas.

Who is the greatest UFC fighter of all time? Let us know your thoughts in the comments section below

It took a few moments for him to return to his feet but the referee had already made the decision to call the fight, handing him the first loss of his career.

Familari maintained that he could “easily” have been defeated by the younger Silva but decided to go on the all-out offensive.

Speaking in his post-fight interview, Familari said: “I knew that I had to stay on him, I couldn’t let him recover.

“I mean, the guy’s good. He could easily beat me, but God was with us on this victory.

“He blessed us. Much respect to my opponent, his camp and everybody else, but we did it. We pulled through.” 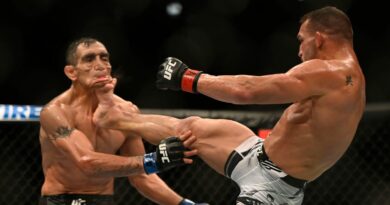