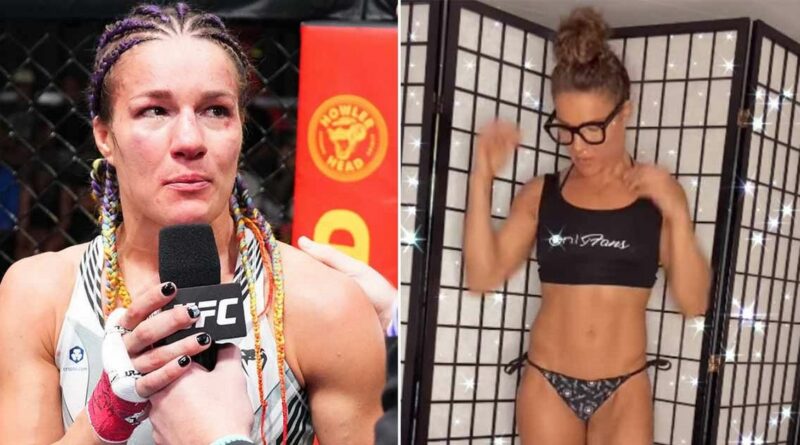 The strawweight fighter has a strong following on Instagram and OnlyFans after launching an account on the adult content subscription site. With over 58,000 likes on the platform, her biography reads: “Warm and fuzzy on the inside-Ninja skills on the outside! LOVER and a FIGHTER… If you’re a sucker for pretty feet you’ve come to the right place.”

She will now have even more time to create content for her fans after announcing her retirement from fighting on Saturday night.

After suffering her fourth consecutive loss at UFC Vegas 56, via a second round rear-naked choke in her rematch with Karolina Kowalkieqicz, Herrig announced it would be her final fight.

Speaking to Paul Felder in the Octagon post-fight, she candidly explained: “You know, it’s been an honour being in the UFC for eight years and fighting for 20.

Which UFC star do you want to launch an OnlyFans account next? Let us know in the comments section below.

You know I felt better than ever in training, my mind felt great, I had so much good energy and positivity with great people around me, great coaches but I knew that if I wasn’t feeling it in the cage then it was just going to be my last fight.

“Not in a bad way, I just feel like there’s something else for me. It’s time to close this chapter of my life. Which is really sad because I’ve committed the last 20 years to it but it’s just time to move onto something else.”

Herrig walks away from the sport with a professional record of 14-10 and a 5-5 record in the UFC that includes a loss to Paige VanZant in 2015.

The 37-year-old has 396,000 followers on Instagram, where she regularly teases her OnlyFans content to her fans. That includes recently showing off a range of merchandise sent to her by OnlyFans.

'Lil Bulldog' previously made headlines earlier in her career when she stripped naked for her weigh-in before fighting Justine Kish in 2017.