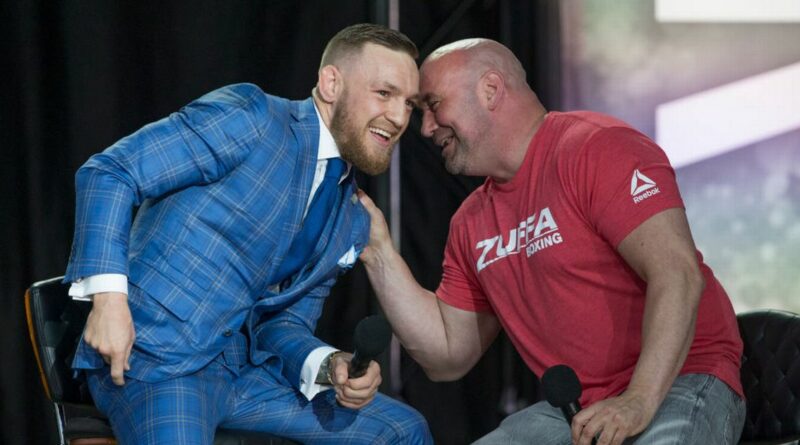 UFC chief Dana White has updated fight fans on Conor McGregor's next plans – saying he is 'obsessed' with a rematch against Dustin Poirier.

'The Notorious' is already back in training less than a month after his defeat to Poirier at UFC 257.

There has been talk that McGregor could seek a crossover boxing bout with ring great Manny Pacquiao, or pursue a trilogy rematch against Nate Diaz.

And White himself is keen to tempt retired lightweight champion Khabib Nurmagomedov back into the octagon for another fight against the Irishman.

But the UFC president has insisted there is only one rematch McGregor wants at the moment – with the 32-year-old hurting after Poirier avenged his 2014 defeat.

“He’s completely obsessed with the rematch now and wants the fight back.

“When you have two guys, Dustin who’s the number one guy in the world and a guy like Conor, and they both want it that badly, you do it. You do it."

White reiterated his recent claim that he will get as many of his top-ranked lightweights as possible to fight it out in a bid to clarify the title picture in the division.

“These guys are going to all fight it out and we’re going to narrow it down to the two guys who will fight for the title," he said.

“The fights that can be made to find out who becomes the next champion are unbelievable.

“We’re in for some incredible fights to find out which two of these guys from one to seven will square off to become the next world champion.”

UFC 238: Karolina Kowalkiewicz looking to get back on track with Alexa Grasso win