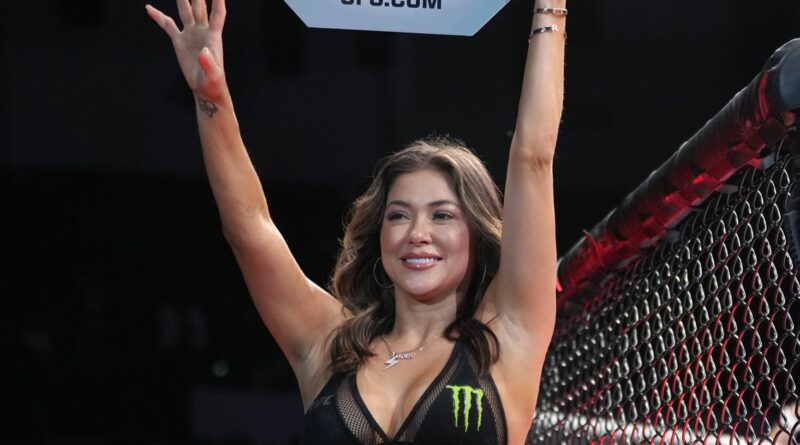 The UFC's richest ring girl has hit out at claims she is just a "useless pretty face" amid the dispute over fighter pay.

American model Arianny Celeste has reportedly amassed an estimated net worth of £3.4million, more than some UFC champions, since first working as a ring girl in 2006. However, her career has not been without challenges, with fans bombarding her Instagram direct messages with abuse, including one who wrote: “Why do you get paid you’re useless.”

In response to receiving the DM, Celeste screenshotted the message before posting it to her story and writing: “This is why I don’t reply to DMs.

READ MORE: Conor McGregor says 'the beard's gone but not the bread' in new bare-faced snap

"The hate is non-stop. I thank god that my mom raised me to be strong because otherwise I would not be able to mentally cope. And no it’s not easy. Period.”

The 36-year-old went on to add: “Have you ever felt unworthy, insecure, not good enough? Imagine millions of people sending you things purposefully to hurt you?

"Discrediting your hard work and just calling you a 'pretty face that has never worked a hard day in this life'. People you don’t even know!!

"I’ve had to work so hard to not break in this industry. I thank god everyday that I can disassociate myself from this world. I don’t come around to MMA things precisely for this reason.”

Should UFC fighters be paid more? Let us know in the comments section below

She then concluded her rant by saying: “I never wanted to be famous. Not saying I am… but damn. I value my privacy. All I’ve ever wanted in life is to be stable and grounded. To have enough to be happy. I’m happy. Why don’t people just leave me the f*** alone?”

Celeste also shared a screenshot of the abuse she had received in the comments section of a recent TikTok video where she responded to a question about UFC fighter pay.

The number of fighters speaking out against their pay has increased in recent months, with fans also starting to rally in their support of those competing in the UFC.

It is not the first time that Celeste has been vocal when standing up for herself, though, having previously been embroiled in spats with former champions Ronda Rousey and Khabib Nurmagomedov.

The ex-fighters have both made negative comments with regards to the role and pay of UFC ring girls in the past. However, Celeste's impressive net worth has not solely been built by her work with the UFC.

As well as having 3.2million followers on Instagram, she has also posed nude for Playboy and has her own page on exclusive content site OnlyFans. 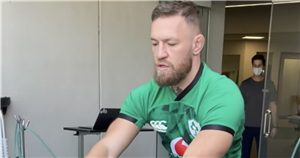 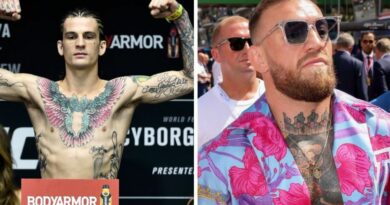