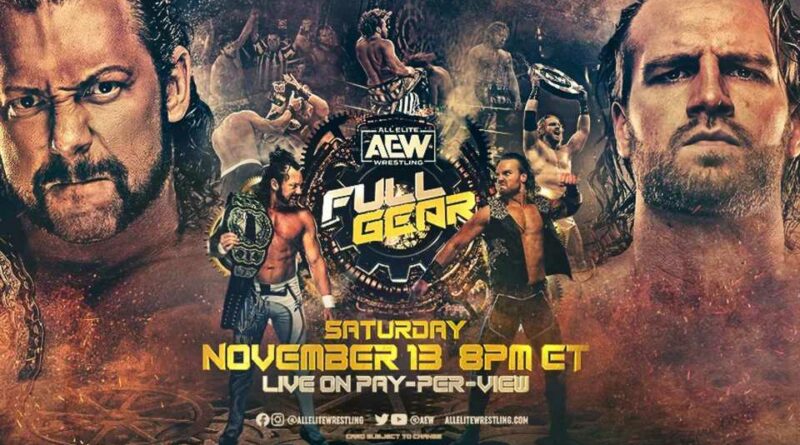 All Elite Wrestling is coming off its biggest pay-per-view of the year with All Out. The promotion will look to keep the momentum going Saturday with Full Gear 2021 at the Target Center in Minneapolis. The card will be headlined by the highly anticipated AEW world championship bout between friends-turned-foes Kenny Omega and “Hangman” Adam Page.

Page and Omega have been on a collision course for the past year since the former tag partners had a falling-out. Omega went on to become AEW champion by defeating Jon Moxley. Page has scratched and clawed his way into the title picture; he plans to take out his ex-partner and realize his dream of becoming AEW champion.

Sporting News will recap and provide grades on every match and on the card in real time. Follow below for complete results and highlights from AEW’s Full Gear 2021 pay-per-view card.

Two of the four pillars of AEW kicked off Full Gear in front of a white hot crowd. While MJF has been lauded for his exceptional mic skills, some questioned whether his work between the ropes could match. Well, that question was answered as these two set the bar high for the rest of the show. An exceptional opening grappling sequence set the stage for a fantastic showdown where Allin often had to find ways to work from underneath the bigger and stronger MJF. But when Darby had those moments, he took full advantage. A suicide dive where Allin went full speed into MJF served as a highlight of the physicality to come.

Other highlights included a second rope stunner by Allin and MJF countering a leapfrog into a powerbomb backbreaker, a tombstone piledriver by MJF on the edge of the ring apron and a Code Red reversed by MJF into another powerbomb. The story told here was Allin slowly working over MJF’s left knee to compromise his opponent. But a more important story would play out later as MJF promised that he could beat Allin with a side headlock. He did just that, but only in a way that MJF could.

An insane sequence of pinning combinations brought the crowd to their feet as Allin finally hit a Code Red for a near fall. Allin attempted to hit the Coffin Drop but MJF rolled to the outside. What did Allin do? Hit the Coffin Drop on the outside of the ring. Another attempt was countered by a knee from MJF. Wardlow and Shawn Spears attempted to interfere for MJF but were thwarted by Sting. It was a clever spot to make sure that they didn’t get involved with the finish.

MJF dared Allin to hit him with a skateboard. But when Allin thought better of it and had the referee discard the skateboard, MJF used the ring from his trunks to punch Allin and pin him with a, you guessed it, side headlock.

This match was incredible for a number of reasons. MJF continues to be the best heel in professional wrestling but showed that he could be part of a well-put-together match. As for Allin, he bumps like a madman and gives it all he has at every turn. Losing didn’t hurt him at all. The future is bright with this company.

There are eight announced matches for Full Gear 2021. Three of the company’s four major championships will be on the line. 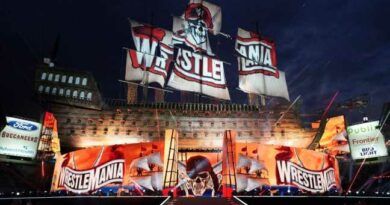