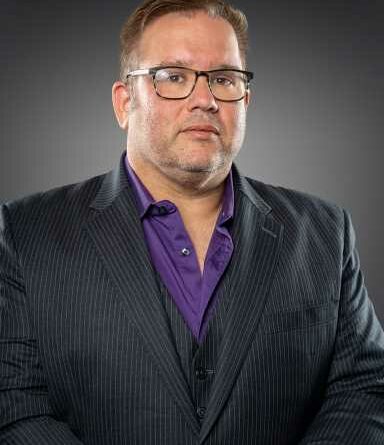 For over 20 years, Impact Wrestling has provided a service for fans interested in a different kind of pro wrestling product. One of the most consistent features of the company has been the Knockouts division.

From Gail Kim vs. Awesome Kong to Deonna Purrazzo vs. Mickie James, the women of Impact Wrestling have managed to impress year after year. It all comes to ahead this Saturday, January 8 at Hard to Kill, when Jordynne Grace, Chelsea Green, Lady Frost, Alisha Edwards, Rosemary, and Tasha Steelz compete in an Ultimate X match, the first time women have done so. The signature match of the X Division, this brutal match has helped enhance the careers of many. Now, these women will get to show what they can do in a match that could steal the show.

Ahead of the match at Hard to Kill, Executive Vice President of Impact Wrestling Scott D’Amore spoke with Sporting News on how Ultimate X came together, the continual success of the Knockouts division, and the future of Impact Wrestling.

Sporting News: There has never been an Ultimate X match in the Knockouts division before. The match itself is known for its brutal nature. How hard was it for this match to come to fruition?

Scott D’Amore: The Knockouts have been a part of Last Knockouts Standing, ladder, and cage matches. Over our 20-year history, it was almost shocking to realize that there has never been a Knockouts Ultimate X match. It’s a pretty spectacular match, known for taking and elevating everything so much higher above the ring, which brings more danger. Last year we had Slammiversary which had the return of the Ultimate X in the X-Division, where it’s always been. There has been chatter during that time of the Knockouts wanting to do it.

It came about when Jordynne Grace, who is a fireplug and powerhouse not just in the ring but also with her persistence, came to me. Grace, Chelsea Green, and some of the other ladies kind of got me cornered at some point. They wanted to have a chat about it, and they felt that it was time. The overwhelming sentiment was everyone wanted an opportunity to be a part of an Ultimate X match. Our Knockouts, like most who grew up watching Impact Wrestling, saw all those great X-Division matches through the years. The ones that featured Petey Williams, AJ Styles, Low Ki, and Frankie Kazarian. They wanted their opportunity to do that.

SN: After all that talk, what was the deciding factor?

D’Amore: I tried to make it simple. I told them that we should go to the ring and show me what you got. We went out to the ring, and they all climbed the scaffolding and were propelling down the line properly. We thought we had something right away.

I thought at one point we were going to do it at Bound for Glory, but we felt that this match was best if we took a little bit of time, positioning it for Hard to Kill. It would be the most unbelievable way to kick off the New Year.

SN: So, this was an easy decision based on the reputation of the division over the years?

D’Amore: Just like this match, the Knockouts division came together because of women like Gail Kim, Traci Brooks, and Jackie Moore. They were so persistent that they wanted to go out there and compete and be taken seriously. We gave them that opportunity, and they knocked it out of the park. This is during a period when other companies may have treated women as secondary, with lingerie pillow fights, etc. We gave them an opportunity to be themselves, for the women to go out there and be highlighted and spotlighted as the amazing athletes they are. Rightfully so, now other companies are doing the same.

For this match, it was another group of talented women who knew what they wanted. I am confident that they will put on an unbelievable display at Hard to Kill.

SN: As it goes with the internet, normally there would be backlash for matches with such risk. The announcement was met with plenty of praise. How does that make you feel, knowing how hard these women worked to get this match to happen?

D’Amore: What we are seeing here is an evolution of the overall general population’s thought process when it comes to how we treat women and diversity in general. That is the case in the wrestling space and hopefully in life. This match wasn’t meant to just be for the men; it was meant to be an athlete’s match. It was meant to highlight unbelievable athletes, those who can do amazing things that the average person can’t do. It is long overdue to feature the unbelievably athletic women we have. I wasn’t shocked. It would have been more shocking if it wasn’t positive.

How does one not automatically think what Lady Frost can do in the match, or what Tasha Steelz is going to come up with when she’s high above the ring on those cables? How’s Jordynne Grace going to use her super strength and athletic ability to do something memorable? The reception has been a testament to the Knockouts division, and how the thought process of what women’s wrestling has been changing.

SN: Since the late 2000s, the Knockouts have competed in Monsters Ball matches, Full Metal Mayhem, and now Mickie James and Deonna Purrazzo will be competing in a Texas Death Match on the same card as the Ultimate X match. What has been the key here when it comes to consistency?

D’Amore: Opportunity. There have always been amazing female athletes that can compete at this level, and wanted to. There have been times where opportunities didn’t present themselves. Impact has a years-long history of putting women in a position where they can go out there and compete and impress. Whether it is a Last Knockouts Standing match, the Texas Death Match like we have with our Knockouts Championship match, Ultimate X, cage matches, the Knockouts earned it time and time again.

We’ve talked about how this could be great, and we are confident the women can do this. As we sit here in 2022, it’s now been 15 years of proof. No more hypotheticals, if it can be done it can be done. We’ve proven that for a decade and a half. That’s what makes Hard to Kill so special. Ultimate X is the final frontier, the last barrier to shatter. There is no question that the women will go crazy and put on an unbelievable match. Chris Sabin, the guru when it comes to the X Division, is excited and wants to see what new spins and takes the Knockouts put on it.

SN: Speaking of barriers, the Forbidden Door has been shattered the last year+. What wrestlers would you like to see in Impact?

D’Amore: The great thing about the Forbidden Door is that it knocks down all those barriers, the old days of What Ifs; What if Rick Flair could chase Hulk Hogan, what if Bruno Sammartino squared off with Harley Race? I would love to see an athlete like AEW Women’s Champion Britt Baker step through the door, come here, and compete on Impact. I know she and Deonna wanted to face each other for a long time. I have a world of respect for Britt; she has an amazing body of work. She would be fantastic.

One of the last parts of the forbidden door that hasn’t been kicked open is that 800-pound gorilla: WWE. Can you imagine a world where you see Mickie James square off against a Charlotte Flair, Jordynne Grace with Becky Lynch? There are so many matchups to make. We are seeing so many of those individuals we never thought we’d see come over, like Kenny Omega and Jay White showing up unexpectedly. The possibilities are endless. You can sit down and list a roster and come up with over years of dream matches with female wrestlers. Only time will tell.

SN: Impact Wrestling has managed to survive for years in a time when some companies have not had that much luck. What does the future hold for Impact as well as the Knockouts division?

D’Amore: The future of Impact is all about growth. There have been some questionable times of not knowing what is going to happen. We talked a lot about the fact that it wasn’t going to be a quick fix; you can’t just slap a band-aid on the main issues. You have to focus on a long-term plan. If you are a sports fan of a team who’s had a rough go-around, you have to make changes. Sometimes you have to say good bye to the talent you admire, and give opportunities to the new generation.

It’s almost the 20th anniversary of Impact, and we are getting back to what we were always meant to be; a place we can take athletes who have been overlooked and not given the opportunity they deserve and foster, develop, and amplify them to be their best selves. Think about Deonna Purrazzo a year and a half ago and the body of work she has built today. All she needed was a platform, a group that would allow her to develop and be the athlete she knew she could be. Think about Chris Bey, Ace Austin, and Trey Miguel, the latter I met when he was a child.

We’re going to go out there, take the outliers, and take chances. When it comes to the Knockouts Ultimate X, it is all about giving women’s wrestling a chance to be taken seriously. The X-Division was not about weight limits; it was about no limits. It is about taking chances, opportunities. We take good people and put them into a position to succeed.

SN: What would you say to fans right now heading into Hard to Kill?

D’Amore: If you watch, we will reward you with an amazing night. If you disagree with what is out there, hit me up, but I have the utmost confidence in our team. Impact Wrestling, we are not just Hard to Kill, we are hard to beat.

Bray Wyatt mask for sale: Where to get The Fiend’s replica WWE mask