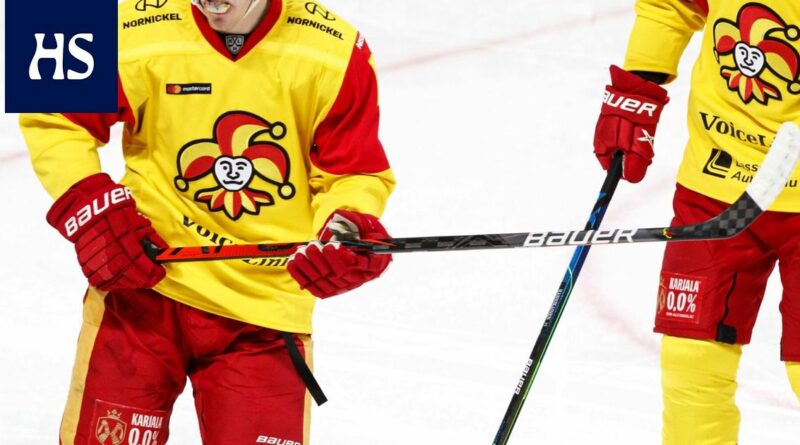 Jokerit announced its refusal to continue playing in the Russian hockey project on February 24.

In early April, Jokerit announced that it was leaving the project and would not continue to play in the Kontinental Hockey League.

The reaction from Russians was not long coming.

On Thursday, the Russians pulled out of the ownership of the Finnish hockey club.
Jokerit chairman Jari Kurri has bought the 40% stake of the club from Norilsk Nickel Harjavalta Oy and has thus obtained 100 percent ownership of Jokerit Hockey Club Oy, according to press release.

“I want to thank NN Harjavalta for their cooperation during the past years. We have a lot of work to do in reorganizing club ownership base and obtaining funding for our operations. To our delight, we have noted that Finnish companies and individuals have the will to be involved in writing this new chapter in the story of Jokerit,” said Kurri.

The cooperation between Jokerit and Norilsk Nickel Harjavalta Oy began in 2017. In June of 2019, NN Harjavalta acquired a 40% stake of the club.
The Russian owners expressed regret over the changes that had taken place in the Finnish club.

The departure of Jokerit from the Kontinental Hockey League and the focus on development in the Finnish hockey system naturally entails changes in partnership and sponsorship, consider specialists.

Norilsk Nickel has been the team’s title sponsor since 2019 and claims to have fulfilled all financial and marketing arrangements under the contract, Nornickel notes.

Winnipeg Jets GM Kevin Cheveldayoff: Dustin Byfuglien ‘has to decide in his mind that he wants to play’